As per the recent update, Bancor, the decentralized exchange, has successfully launched its beta release Bancor V2 on the Ethereum mainnet; this time with 20x amplified liquidity and a new interface to improve the user experience for both the liquidity providers and the traders. Each pool will now have liquidity capped to $1 million and can be deployed with temporary limits on the liquidity amount.

Once the liquidity cap of $1 million is reached, no more liquidity providers will be allowed to join the pool until the previous cap is removed. A “pool manager” removes the cap limitation when it is safe. Since the Bancor V2 project is launched with a new interface and a 20X amplified liquidity pool, a reserve pool of $1 million acts like a $20 million pool (as in UniSwap) in terms of slippage in token swaps.

With this launch of a heavily upgraded version, the Bancor exchange is hopeful of mitigating the issues of impermanent losses where liquidity providers lose their money owing to the fluctuation in the prices of the assets; this Bancor V2 beta release with its oracle-driven price feeds is expected to solve this issue. The new Bancor V2 project further divided the single pool token to free the users from being exposed to two assets at a given time, thus ensuring 100% exposure to a single token at a given time.

According to the team, Bancor V2 will be gradually released in phases, starting with the release of primary LP functions and token swaps. Then moving to the more advanced features like APR, to enable users to have a better understanding of which pools to yield the highest returns on a particular day. Bancor also has plans to launch the V2 pools for other popular DeFi tokens like LEND, rentBTC, REN, and SNX, followed by the Ethereum tokens.

More advanced features and pool stats have been continuously upgraded on the Bancor platform. Bancor V2 will also bring Bancor staking rewards (BNT), thereby allowing the users to participate in the system by providing liquidity. The BNT staking will also enable the users to capture the market inflation by staking to those liquidity pools that are collecting the maximum fees on a particular day, thereby acting as a major catalyst to provide liquidity for slippage prone tokens. 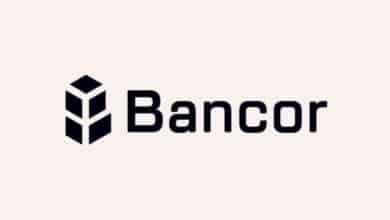 Bancor (BNT) Gains Major Strength Over the Past 24-Hours