In what can be called a game-changer Hartford residents, the mayor Luke Bronin announced on Wednesday that the city intends to build a free public Wi-Fi network. The work will be carried out in phases to cover the entire population with the first slated to be completed by year-end 2020. The city will have 1,000 wireless access points providing fast  internet service to many residents and businesses.

There will be two pilot programs for a start – one that covers the Northeast neighborhood and the other Frog Hollow, and both will be completed by 2020. The next phases will extend through the North End, the South End, and then the West End of Hartford.

The city will install outdoor access points neighborhood by neighborhood so that all residents can access Internet services soon. Bronin says that the first phase will start immediately.

The total capital investment is expected to be in the region of $3.8 million with the Hartford Foundation for Public Giving and the Dalio Foundation chipping in with $1.5 million each. The balance cost of the project, as well as an estimated recurring expense of $100,000 per year, will be funded by the city. It will include LTE connection and meet the existing contract for wireless services.

The new Wi-Fi network will be based on the latest technologies. The residents will, therefore, have Internet access at speeds that are higher than the existing 4G LTE networks.

This could mean anything from 20 to 100 megabits per second. Most critically, the new networks will be future-ready, and when there is a technological advancement in the next five to ten years, it can be incorporated into the existing system without having to start from scratch.

Rick Golden, who owns a business in the city, said,

A lot for this project can be attributed to Charisse Snipes, who is the acting director of the city’s technology arm Metro Hartford Innovation Services. She said that apart from building this long-term Wi-Fi infrastructure, the state will also pump in funds for “additional devices for students and money and technology for hotspots.”

In the initial stages, Snipes plans to build on the existing fiber-optic cables already in place in certain areas of Blue Hills and parts of North End. It will be the foundation for the ultimate city-wide network. 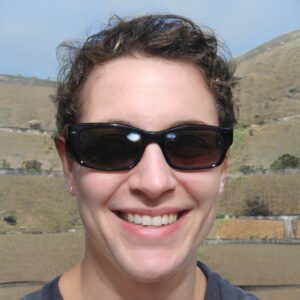