With most of the schools across the U.S. starting to allow in-person classes amid COVID-19, it seems there can be situations that the schools might have to deal with. One such situation came into everyone’s knowledge, when a single mother from Boulder, Colorado questioned the Boulder Valley School District’s decision not to provide bus transportation for any non-disabled high school students.

Maxine Most argued in her dissent that providing buses to younger students and students with disabilities is discriminatory and injustice to the low and moderate-income families.

Most went on to add that most of the people from Boulder rely on buses as a means of transportation and consider it to part of the education system.

To validate her situation, Most expressed her inability to take time off of work to transport her 15-year-old daughter to the Monarch High School, where she studies. She added that being a single working parent does not allow her to afford a vehicle to transport her daughter.

District Chief Communications Officer Randy Barber, however, refuted Most’s allegations of discrimination against students over transportation, saying the district is forced to limit the number of buses and the number of students on buses allowed to operate due to the COVID-19 pandemic.

He added that in the current situation, the state law mandates schools were busing students with disabilities. He noted that the district also believes high school students capable of reaching the school; that is why it is decided to transport younger students in elementary and middle schools on a priority basis.

Added to Most’s plight is the fact that the Monarch High School does not have any RTD stop outside of it that could have taken her worries away.

Responding to that, Barber said the district continues to work with RTD to build bus stops for students.

Barber further clarified that school districts across Colorado are not bound to state law to provide buses for non-disabled students and it is totally upon their discretion to offer the bus or not.

Most, who lives nearly four miles away from her daughter’s school, urged the district to reassess their busing policy. She suggested that every student, no matter where they live, must be provided with equal opportunity to attend classes.

She demanded a solution that makes in-person learning equitable instead of favoring those who are well-off or belong to middle-to-upper class families.

Bruce Manriquez has joined as a news reporter for CapitalBay.News– the 24/7 news publication site, where she exhibits recent general news stories. In his free time, he prefers to travel unexplored places.

Dover Library Looks at a Later Date for Re-opening 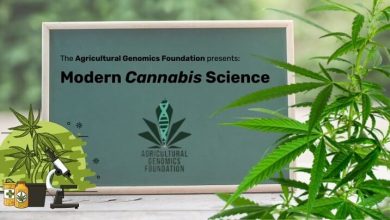