The horrific pandemic continues to create havoc all over the world, including some of the spectacular tourist destinations of the United States. While partially, most of the nations are looking to slowly reopen longly shut businesses and operations, chances are still there that the virus may get aggravated again, risking people’s lives.

With a similar fear, Miami had to close the casinos in the region again after reopening a short while ago. Churchill Downs Incorporated (CDI), a renowned casino operator of Miami, had opened its casino around a month ago as the normalcy began to take place in the region.

However, recently, Miami-Dade Mayor Carlos Gimenez has issued an order telling all the local entertainment centers to shut their activities as Covid-19 cases started resurging. After this, as this week kicked off, CDI declared to follow the “temporary suspension” of operations at its Calder Casino in Miami Gardens, Florida.

According to what The Calder Casino states, it had a hold over ‘CDI 360 Degree Approach to Safety,’ amid the new normal being absorbed everywhere, although gradually. The mentioned casino’s safety measures covered capacity restrictions and enhanced cleaning/sanitizing. They also utilized plexiglass dividers while the casino operators had also assured decreased capacity on its gaming floor.

The staff did have PPE kits, but the compulsion of wearing the mask for casino customers remained a matter of question for this particular casino. Other casinos had made it mandatory to wear a mask for the customers too.

As Florida entered this month, its Covid-19 stake has seen a bit of rise. It had hit a daily record of 10,109. In the next couple of days, it rose to 11,458 new cases triggering fear among the residents. Owing to this Corona scenario, Florida mayor decided to roll back the reopening of all four casinos in the region. These four casinos include Casino Miami, Magic City, Hialeah Park, and Calder.

It is to be seen when the region will get back to open the local entertainment places and restaurants as the virus is keeping the scenario unpredictable.

Poker Lovers Wait For the Event Series Coming at partypoker 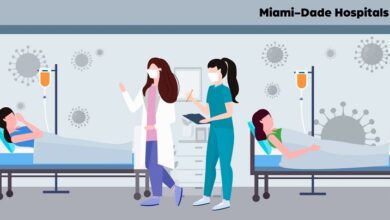