Demonstrations against racial injustice flared up once again across the United States, with protestors taking to the streets in Texas where one person was shot, Kentucky, and Colorado.

However, the boldest show of strength was in Louisville, Kentucky, on Saturday. Heavily armed black protestors called NFAC carrying semi-automatic rifles and shotguns and wearing black paramilitary gear marched in formation from Baxter Park to Jefferson Square Park. Local protestors walked side-by-side. At the end-point, the group was fenced off by the police to keep them apart from armed counter-protesters.

The black militia was demanding justice for the March killing of a black woman Breonna Taylor. Drug investigators had entered her apartment with a “no-knock” warrant and killed the 26-year-old emergency medical technician in a hail of gunfire.

Of the three police officers, one has been fired in June by the city’s police department and the other two have been put under administrative reassignment. Shockingly, no criminal charges have been filed.

The death of Ms. Taylor has retaken center stage after another black George Floyd was suffocated to death in police custody on May 25 in Minneapolis. The two incidents have now sparked protests across the country against police viciousness and racial bias existing in the US criminal justice system.

The leader of the NFAC group of the black militia is John “Grandmaster Jay” Johnson. He has called upon the administration not only to speed up investigations into the death of Taylor but to be more open and transparent so that they are seen to be taking concrete steps in this regard.

According to the Louisville Courier-Journal, Johnson said, “If you don’t tell us nothing, we going to think you aren’t doing nothing.” He was not squeamish either when he laid down the ground rules to the protestors before the march. “Do not point your gun at anyone unless they point their guns at you.”

Jay said. “Then kill them, do not shoot them, kill them.”

The flames of anger against unwarranted police killings will continue if reconciliatory and correctional measures are not initiated soon. 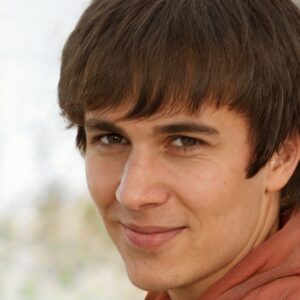 David Rhodes is a journalist at CapitalBay.News. He regularly contributes news reports and in-depth analysis from across the United States. Before joining CapitalBay.News, he worked with other media houses and has three years of work experience in the industry.