2020 has been proving to be an exciting year for cryptocurrencies. There has been a roaring growth for DeFi (decentralized finance), which has pushed DEX (decentralized exchange) trading well beyond $2 billion a week.

To stir momentum to this development, 0x, which is an open protocol that powers decentralized exchange of tokens on the Ethereum platform, rolls out a new Request for Quote (RFQ) system. With the new RFQ system, the professional market makers would be able to initiate larger DEX trades at competitively better prices than ever.

An RFQ or the ‘Request for Quote’ is a business process in which a public entity or a company requests a quote from a seller for some specific products and/or services; the same thing as done in a Call for Bids or an Invitation for Bid. But in an RFQ, it includes more information than; apart from the price per item, an RFQ also includes information like the length of the contract, the terms of payments, and the quality per item.

The significant improvements in the DEX liquidity have led to the massive growth and development of DeFi in 2020. Though DEXs support small businesses, it strives to provide competitive pricing to medium and large businesses; 0x’s new RFQ will help to overcome these limitations by allowing the professional market makers to inject CEX (centralized exchange) liquidity directly to the DEX users. It will offer competitive pricing to both the medium and large trades.

0x has already completed the Beta testing procedures of its new RFQ among the various APIs. The newly built 0x API will allow DEX users to access the liquidity of ZRX, Kyber, UniSwap, Curve, Balancer together, which will further help to strengthen the growth and development of DeFi. To provide support to the market makers, developers, and traders, the 0x platform has designed its infrastructure to include DEX liquidity aggregation into the smart contracts.

However, the liquidity provisioning process will remain the same as it used to be before 0x released the new RFQ request; the AI users send requests for liquidity and, in return, receive a response that is optimally routed from multiple on-chain & off-chain sources of AMMs and order books. But the actual moderation happens at the back when a group of professional market makers respond to the user’s request and offer them the best possible price by competing against on-chain liquidity.

It has been a long time endeavor that 0x is trying to address the risks faced by professional market makers in DEX platforms. Finally, it has rolled out a Request for Quote (RFQ) API that has the potential to sustain the DeFi growth that has already started and will also help the medium and large trades boost up with an efficient liquidity provision.

The new RFQ will fill the gap that exists in the present pricing system that the DEXs face. With the new RFQ development, 50% of the 0x API for major crypto pairs like ETH/USDC will now be filled via 0x RFQ professional market makers; that will level the pricing systems to some extent and solve the bottlenecks faced by medium and large trades. 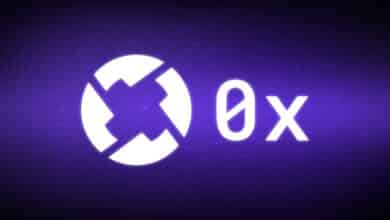