After the recent launch of the Elrond mainnet, Elrond, the highly scalable and secure blockchain network for distributed apps, is now heading towards reviving its economic model by a token swap from ERD to eGLD. To stir momentum into this development, Elrond is getting full support from Binance.

According to the announcement, the Elrond mainnet swap will commence on September 3, where eGLD will be considered as the native token of the Elrond ecosystem, and all the ERD tokens will be swapped to eGLD token. Mainnet swapping refers to the switching from one blockchain ecosystem to another. Swapping generally happens when a particular crypto project migrates from a third-party platform to its own native blockchain platform.

Eventually, the crypto tokens are replaced by the newly issued tokens with all the activities of the previous blockchain network moved to the new blockchain network. The mainnet swapping generally happens right after the mainnet launch of any network and is often referred to as “token migration.”

All the ERD trading pairs will be delisted from the exchange on August 31, 2020, at 3 A.M UTC, after which trading of ERD pairs will not be possible. After halting the old trading pairs, the existing Elrond balances will be calculated simultaneously, and based on that, the distribution of the new eGLD tokens will commence in the ratio of 1000:1, which means that for 1000 ERD tokens a holder will be given one eGLD token.

Trading for the new pairs like EGLD/BNB, EGLD/BTC, EGLD/USDT, and EGLD/BUSD will begin on September 3, at 3:00 AM UTC the deposits and withdrawals the eGLD tokens will also be opened.

The new token swapping process from ERD to eGLD involves the following steps:

There is no hurry to swap your ERD tokens to eGLD tokens via the Elrond swap bridge as the swapping process will continue for the next 1 to 2 years, so there is no fear of losing your tokens even if you do not swap immediately.

The token swap will bring immense growth and expansion opportunities for the Elrond ecosystem that will enable all the native Elrond services like DeFi options and its staking and delegation. After the token swapping process is complete, the Elrond economy will start integrating with the new online exchanges. 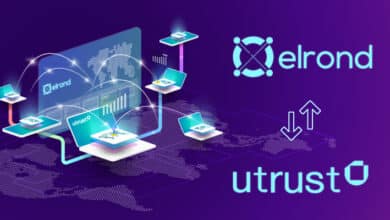 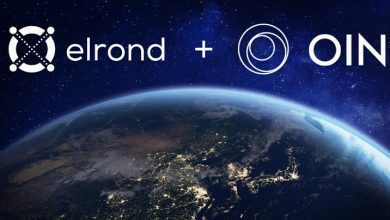 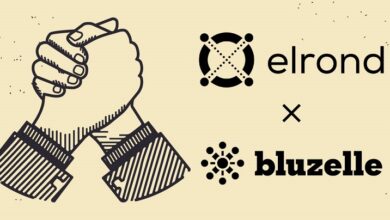 Bluzelle To Yield Scalable Decentralization to Apps Built on Elrond