Ripple, the US-based currency exchange built on a distributed open-source protocol, has reached the success of pinnacle through its mainnet XRPL, of which XRP is the digital token of the network. XRP ranks third in the list of popular cryptocurrencies like Bitcoin and Ethereum and worth over 30 billion US Dollars.

Ripple soon started to sell XRP and cashed out over US$1.2 billion in the process, but in this journey somewhere Ripple began to lose its track and started abrupt selling off all its XRP coins. According to a report, the XRP sell rose by 266% in 2020, which is pretty high. Ripple and its founders were so much entrenched in greed that they began to sell an average of 1.74 million XRP tokens per day.

At this, people started to feel the behavior or Ripple and its founders very uncanny as compared to what when Ripple was started in 2012. At that time, Ripple struggled to develop a decentralized value circulation network to bring everyone within its ecosystem. That way, everyone gets the chance to issue tokens on the Ripple network.

With this plan in progress, Ripple’s gateways were developed in various countries through which currencies of more than ten countries were paid to people across the world. The decentralized network was prepping to be established, and the price of XRP was also less than 1 cent.

But soon, things changed, and the position of Ripple went topsy-turvy with the founders deciding to separate from the community and make personal gains by selling XRP tokens abruptly. They were pulling funds from the community without giving anything in return to the community, which resulted in the closing of various gateways developed in various countries.

The matter worsened when there were only two gateways left of which one was supported by the community. It was then that the founders realized for the first time that they had gone too far in exploiting the community, and now it is time to mend for the losses.

Ripple tried its best to save the exchange by investing in the Gatehub gateway, but it was too late then, and people began to lose their confidence in Ripple and started switching to other digital currencies. But as they say, “all’s well that ends well,” the sudden rise of DeFi in 2020 made things turn for the better. It soon started rebuilding the lost protocols, applications, and financial products, which again boosted the lost confidence among Ripple users.

Ripple’s Internal trading on the XRPL soon revived again. The 5-year old Ripple wallet was also replaced by the new decentralized wallet, thus encouraging new users to use the Ripple XRP tokens. New asset codes were created, and in just one-month, Ripple regained its lost aura and confidence of its members, thanks to the rising DeFi protocols that made this rebounding possible for Ripple. The circulating assets crossed one million U.S. dollars with its trade volume coming into the top three in the XRPL. 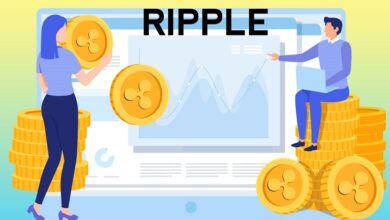 XRP Drops Slightly in the Intraday After a Bullish Crossover 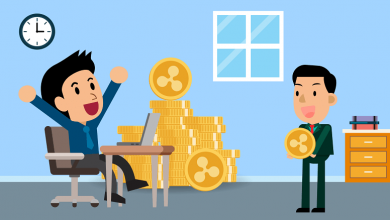