Dogecoin, a digital currency that marked a 600% surge this January, posted a series of tweets from Elon Musk. Ironically, Dogecoin was a sarcastic meme with a symbol of Shiba Inu dog initiated by its co-creator to take a dig at the rising popularity of digital currency. Its creator, Billy Marcus, a software engineer, created Dogecoin in December 2013, intending to capture the market that was left untapped due to the complexities around Bitcoin, which was later joined by the co-creator and software engineer Jackson Palmer. From its early introduction as a meme to being the most traded meme of the year, check out this article covers everything you must know about Dogecoin.

Following the Dogecoin meme’s popularity, digital currency dogecoin tasted its success within 72 hours of its launch with a 300% hike in the value as billions of transactions were carried out. However, within a couple of days, it experienced an 80% fall because of China’s policies that discouraged digital currency. Elon Musk’s tweets have been a strong driving force behind the rising popularity and rise in the Dogecoin price this year. It led to an 830% rise in the value of Dogecoin, with its value at $0.73 and market capitalization of $9.5 billion. However, towards the end of January this year, it plunged by 46% at a $0.02582 value per Dogecoin. At the time of writing, it is valued at $0.053 with a market capitalization of $6,935,776,80.

Dogecoin Private (DOGP) is a cryptocurrency dedicated to maintaining privacy and security through a multi-layered cryptographic system. DOGP employs specialized masternode blockchain technology that supports lightning-fast transactions, and yet it is reasonably priced. The transactions are quick because the authentication process functions through a consensus mechanism that prioritizes the transactions and blocks the other transitions. Although it is a digital currency, loyal followers can generate revenue by holding staking and masternodes.

The design of Dogecoin closely follows the design of Litecoin and Luckycoin blockchain technology. This model is an open-source model that follows the fork of Bitcoin, and since Dogecoin follows this system, it is an open-source network itself. Dogecoin’s system also functions through the proof-of-work algorithm, making the authentication process far critical, creating robust security strong enough to withstand any attacks from malicious forces.

Like any other digital currency based on decentralized peer-to-peer transactions, Dogecoin follows the same system based on blockchain technology. It follows the same hashtag algorithms that enable creating blocks that allow you to carry out the transaction using Dogecoin’s address. Further, it places great importance on its miners to carry out the authentication process that focuses only on valid transactions, and the rest of the conflicting translations are flushed out. Its Proof of Work (PoW) algorithm ensures generations and computation of hashes.

As mentioned earlier, the price of Dogecoin has been on a rollercoaster ride. This year it has witnessed 774% growth since the beginning of this year compared to USD’s value. As of now, it enjoys the 10th rank in the crypto space across the globe. The journey from its original value, back when it started with $0.000232 to its current value of $0.053, has been phenomenal, which marks a whopping 21000% rally. By June this year, Dogecoin is expected to range between $0.075 and 0.051 approximately. However, as per the Doge price prediction by the end of the 3rd quarter, Dogecoin will bring good news as the price is predicted to surge to $0.078. And it will continue to rally to reach the value of $0.087 by this year-end.

Where is Dogecoin used?

Dogecoin is a popular digital currency that is widely accepted by several stores spread across the globe. Dogecoin is highly popular for tipping service, which encourages social media users to tip each other to reward worthy online contributions that deserve to be recognized. So, you can buy groceries, utility services, food takeouts, investments, cosmetics, or use them for online casinos, online games, crowdfunding, etc., with your dogecoins.

Dogecoin is as volatile as any other digital currency. You can gain front the currency rally of the Dogecoin, thanks to the world’s richest man and social media influencer, Elon Musk, and his attention-grabbing Tweets. As for now, this year will witness some great developments in Dogecoin price, and you can gain from it by investing in too but trade with caution.

Coinbase - An Insight Into Its Strengths and Weaknesses 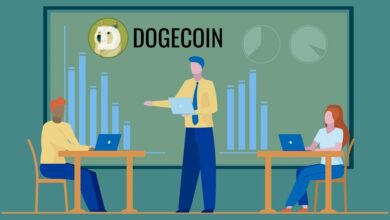 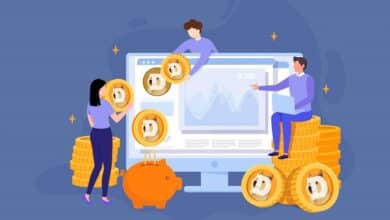 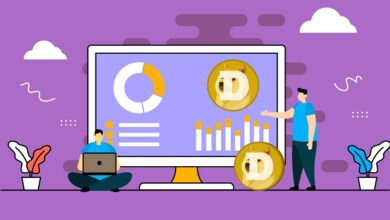